Photonis’ Planacon™ square-shaped MCP-PMTs have been selected as the photosensors for the Barrel DIRC detector of the PANDA experiment. PANDA is a large particle physics experiment at the Facility for Antiproton and Ion Research (FAIR), an accelerator complex under construction in Darmstadt. Figure 1 shows a cross-section of the PANDA experiment, and indicates the location of the Barrel DIRC detector. A total of 128 Planacons will be needed to instrument the whole detector.

DIRC stands for Detection of Internally Reflected Cherenkov light. A particle traveling at nearly the speed of light passes through a long bar made of synthetic fused silica (“quartz”), and generates a very small amount of so-called Cherenkov light. After being internally reflected many times, part of this light is detected by panels of extremely sensitive photosensors, see Figure 2. DIRC detectors are crucial for identifying the sorts of particles that pass through, in this case primarily to tell pions (π) apart from kaons (K). This application puts extreme demands on the photosensors: they need to sustain good position and timing resolution and maintain excellent sensitivity for a number of years, operating under the harshest radiation conditions and in an intense magnetic field. The photosensors cover a total active area of more than 3,300 cm², making it the biggest application of MCP-PMTs worldwide. 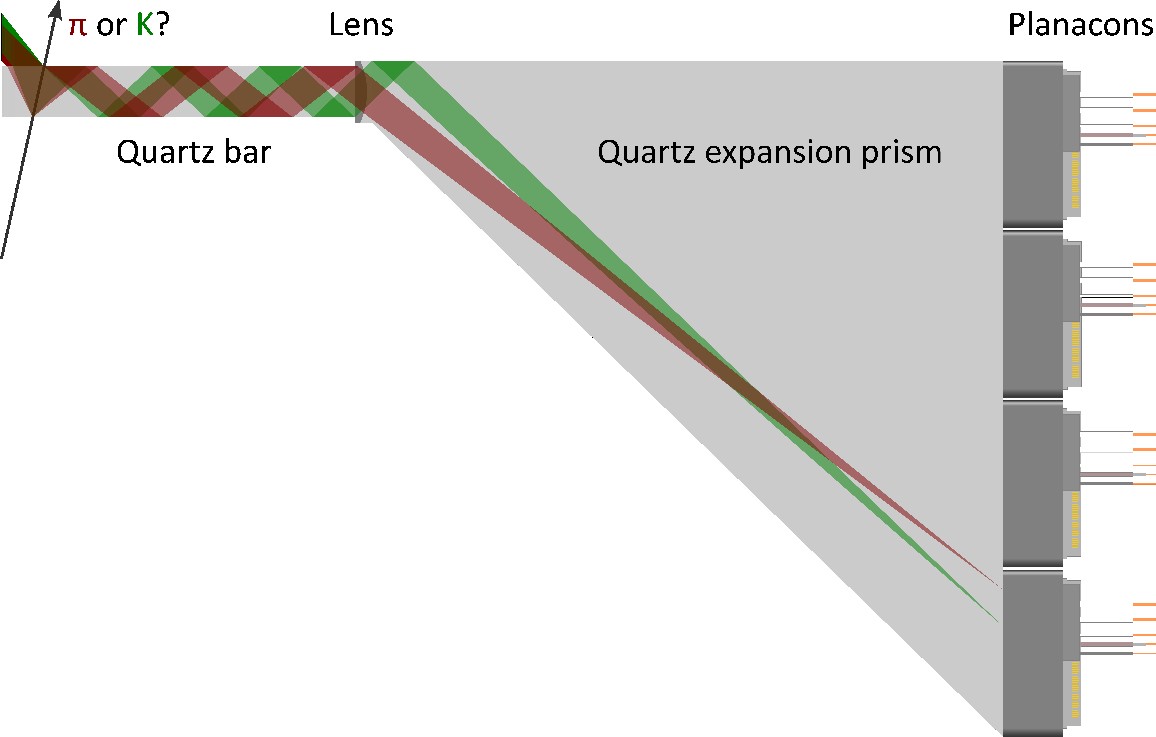 Figure 2: The working principle of a DIRC detector illustrated: Cherenkov light reflects multiple times inside a quartz bar, after which it is focused on a plane of photosensors. The particle is identified using the position information, shown here is how different Cherenkov emission angles between pions (in red) and kaons (in green) lead to different focal points on the photosensor plane. (image: Serge Duarte Pinto, Photonis)

The selection of Planacon as the photosensor of choice for PANDA’s DIRC detector is the result of many years of study, design and testing by research groups in Darmstadt and Erlangen. Beam tests at CERN and other facilities (see Figure 3) have shown the feasibility of this DIRC design, and demonstrated the excellent performance of the Planacon in it. This is the latest in a series of tender wins for our flagship MCP-PMT. In recent years Planacons have been selected as photosensors for the MPD experiment at the JINR facility near Moscow, and for the ALICE experiment at CERN’s Large Hadron Collider (LHC), along with many smaller scale applications. 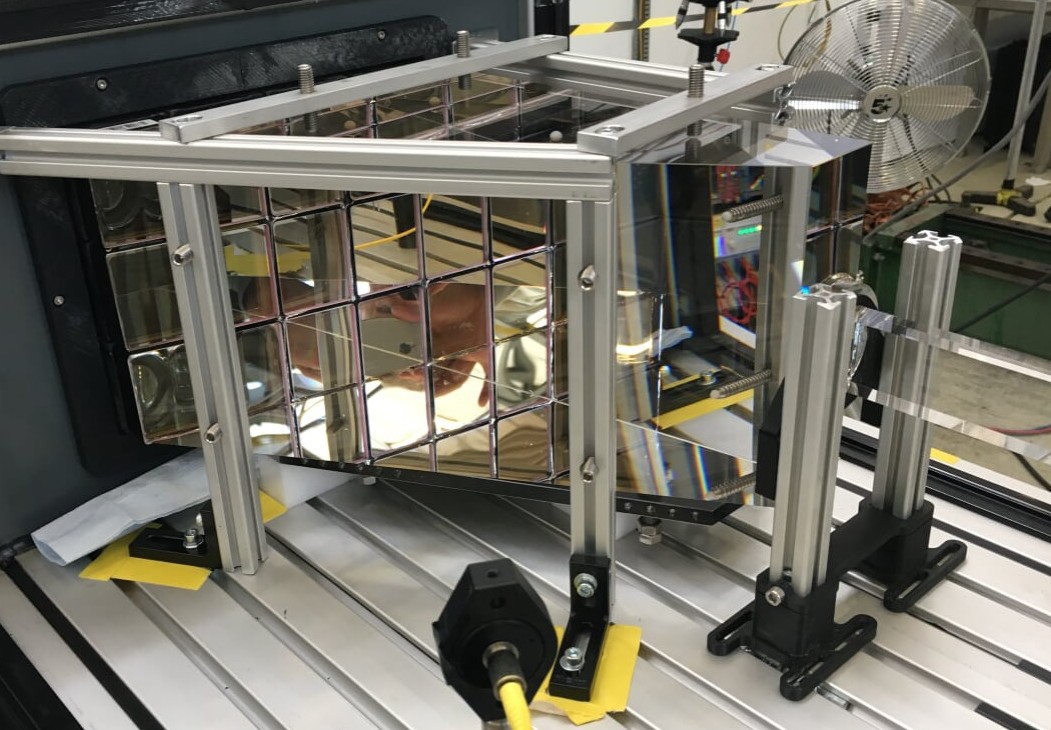 Figure 3: Beam test setup with an array of Planacons behind a quartz expansion prism, on the right a single quartz bar. CERN, 2018 (photo courtesy Jochen Schwiening/GSI).

The next challenge for both Photonis and the PANDA experiment will be to build the Endcap Disc DIRC (also shown in the figure 1, to the right), which puts even higher demands on the photosensors. Prototypes have already been made, and are under test. More detailed information on both the PANDA DIRC detectors can be found on the  GSI website: https://panda.gsi.de/article/dirc-detectors.