Sturbridge, MA – September 2018 Photonis Scientific, Inc., a leading electro-optic manufacturer, has provided Microchannel Plates (MCP) used in the Integrated Science Investigation of the Sun (ISʘIS) on board the Parker Solar Probe which launched earlier this month. The instruments used within ISʘIS will measure electrons, protons, and ions and help provide insight into these particles’ lifecycles as the Parker Solar Probe executes its mission to study the Sun.

Photonis Scientific is uniquely positioned to be included in the Parker Solar Probe mission. The special MCPs used in the instrument feature 2 micron pores, which produce the highest resolution and fastest response time of any charged particle detector. Photonis is the exclusive world-wide producer of these high performance devices.  These MCPs will be present on board the ISʘIS.

The ISʘIS contains two instruments which will measure the energy passing through the on board detectors with Photonis’ MCPs inside. Specifically, researchers will use the data gathered from ISʘIS to understand how the particles are accelerated through space. Using this information, scientists will begin to learn more about the composition and velocity of solar wind, which until the Parker Probe has largely remained unknown.

The EPI-Hi instrument was designed with multiple solid state detectors capable of measuring high energy particles which come from events like solar flares, whereas the EPI-Lo instrument will help to measure and observe solar winds using a combination of the detector and a thin foil, and ejecting an electron which researchers can use to measure the start timing for the particles.

“This mission represents tremendous achievements for Photonis Scientific,” stated Bruce Laprade, President and General Manager of Photonis Scientific. “Photonis has a rich history of supporting space exploration sending our detectors into space, including missions to Mars, Saturn’s moons, Pluto as well as comet and asteroid encounters and various space telescopes. However we have never had any of our products enter orbit around the Sun and we are excited to be able to contribute to the better understanding of our closest star”.

One of the main goals of the ISʘIS instrument is to differentiate between solar energetic particles that come from the Sun and particles that are energized through space as they move away from the Sun. As the Parker Solar Probe passes close to the Sun, scientists will be able to measure these energetic particles to look at their energies, direction, and species. Through this deeper understanding of our Sun, scientists hope to be able to understand more stars in our galaxy.


About Photonis Technologies
Photonis is a global manufacturer of solutions used in the detection of ions, electrons, photons and amplification of RF energy. In addition, Photonis works with the world’s leading manufacturers and research facilities to provide faster, more accurate detectors to broaden our understanding of our health, our environment, and our universe. With over 80 years of experience of partnering with our customers to provide the world’s leading detection systems, Photonis has the experience to meet the specific challenges of the many markets we serve.

Photonis Scientific, Inc. designs and manufactures a wide range of custom and standardized components and assemblies for mass spectrometry as well as other medical, bio-medical and scientific instruments, and holds several patents in these fields. 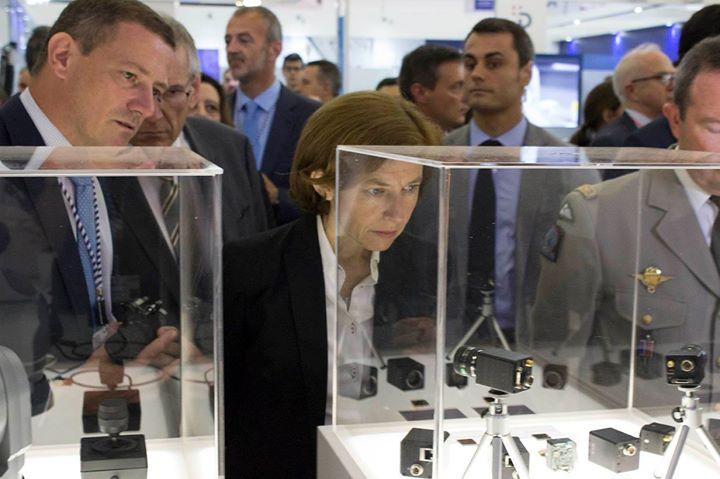