On Wednesday the 21st of February Photonis Netherlands participated in the EDU Robotics Event in Leeuwarden.

This is an event for primary school children organised by Innovatiecluster Drachten (ICD), a collaboration between high tech companies that are located near Drachten, the Netherlands.
The ICD distributed around 400 robots to primary schools in the Dutch province Friesland. The students of the school could design their own robot and could teach it to make moves. During the EDU Robotics Event all the schools could show the robot that they have made, this was presented by André Kuipers, the Dutch astronaut. Besides that there was a Techno Playground with all kind of high tech related games for the children. 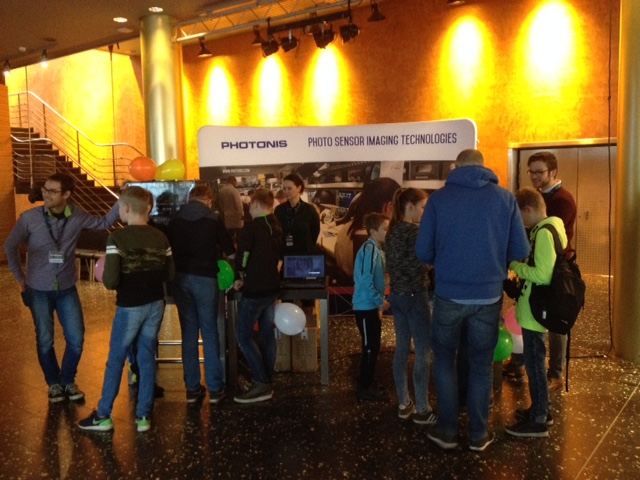 We attended at the Techno Playground as well with night vision goggles. The children could solve a rebus in the dark with help of the goggles to win a prize. It was a good experience for Photonis to bring the primary school children in contact with high technology and hopefully made them enthusiastic for working in a high tech company like Photonis.